I had an opportunity to test Olympus E-30. Time was very limited, but here are some observations.
The first thing I noticed was that Olympus E-30 is small for DSLR, but I had good feeling in my hands. Camera uses 12,3 Megapixel sensor so files are not as big as those from Canon 5Dmk2. That good for fast workflow and bad if you want to crop photos after.
Camera was equipped with 12-60mm f2.8-4 SWD (Supersonic Wave Drive) lens. It has very useful range with solid build quality. The zoom ring doesn’t move as smoothly as I expect, but everything else feels good. Useful range comes from small Four Thirds sensor – you can multiple with 2 to get FF equivalents (cca 24-120mm). Optics sharpness is maybe not as good as Canon 24-105 L, but there is almost no flare. Chromatic aberration is not excessive – even at wider range. Bokeh isn’t very nice, but normally you can live with this.
User manuals (I read it in Slovenian language) are really very good; but maybe I can mention that some translations aren’t the best.
I’m not a fan of small sensors (and Four Thirds ratio). Small sensor means big DOF (depth of field) – sometimes this comes right, but if you want small DOF, you won’t like this type of sensor. But this is different story – you must decide about what you want.
The menu system is different from what Canon has. We can say, that menu system on Olympus is good and with many features. You can set much more things than on Canon’s DSLR. This is good and you won’t have problems with it – only the icons are very childish.
I don’t know what was wrong, but in two days I lose all my settings at least four times. I’m sure this problem was just on test camera. But it is very annoying if you have to set the setting again.
Let’s go to shooting – here Olympus shines. Focus and shutter lag are very close to Canon 1D series. Very fast focus and good feeling when shutter button is pressed. I didn’t have enough time to make a test how accurate is continuous focusing. Maybe there is a catch, because I can feel that AF tries to focus again and again – on static object. This can mean that every focus seek can be on different location – and that isn’t good. But I can be sure for that. All in all – focus on E-30 can be high on pros side.
You can set many different combinations of focusing – using different buttons, focusing points, shutter speeds … very good.
I usually use just center AF point. On my test camera sometimes happened that AF point on the right of center AF was also illuminated. Don’t know why.
And after pressing shutter button, you look at LCD screen. Well it isn’t on pair with newest Canon’s LCD. Not bright enough and with lower resolution like competition. But if I can use 1D (classic) LCD, then Olympus can be used also.
I can’t understand the manufactures – maybe their engineers don’t use DSLR cameras. Again (like on Canon) after the shoot is taken and you look at preview on LCD, you want to check sharpness with zoom. Yes – you want, but you can’t! You must press Play button and then zooming is possible! Uf, how annoying for fast work.
In 99% I use RAW, but on Olympus E-30 I also tried jpg. With very good results. The exposure metering is accurate (Canon in landscape usually meters in a way, that sometimes happens that a little part can be overexposured). Maybe a little dark, but pictures can have more contrast and more saturation.
Canon AWB usually is very cool, but Olympus uses warmer WB. I like Olympus AWB. At least on examples I can test.
If you want to read something about noise – well, you know. Canon 5Dmk2 is some worlds better. Bigger sensor and better processing. Just look and compare (and in this case the difference even isn’t so big as it can be). You can click on photos to get bigger picture. 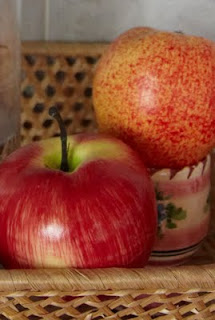 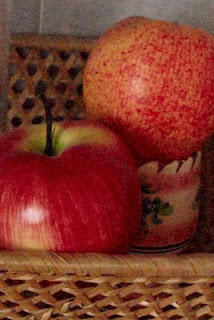 If you work with high ISO, then Canon’s DSLRs are really better choice. Canon 5Dmk2 is fully usable with ISO3200 without any noise software.

Conclusion:
I personally found Olympus E-30 a nice camera. With tiny(but good) body, with lot of functions, fast focus, great optics, image stabilization in camera, wireless flash system …
It is your money, but (except high ISO) I think you won’t be disappointing.