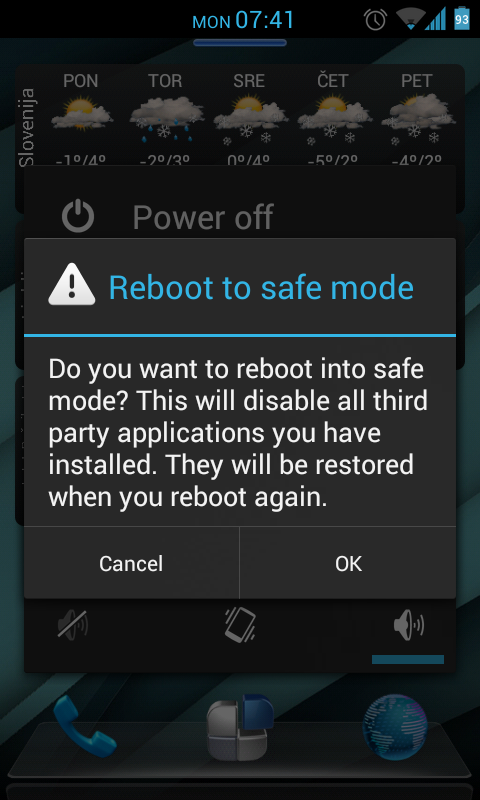 There is big possibility that one of later installed third-party application is scapegoat.

How to reboot to safe mode?
Just long-press the power button until the power options menu appears. Then long-press the “power off” button (on screen!). You will get a dialog like on screenshot.